Newsletter
Sign Up today for our FREE Newsletter and get the latest articles and news delivered right to your inbox.
Home
Vette
How To
Engines & Drivetrain 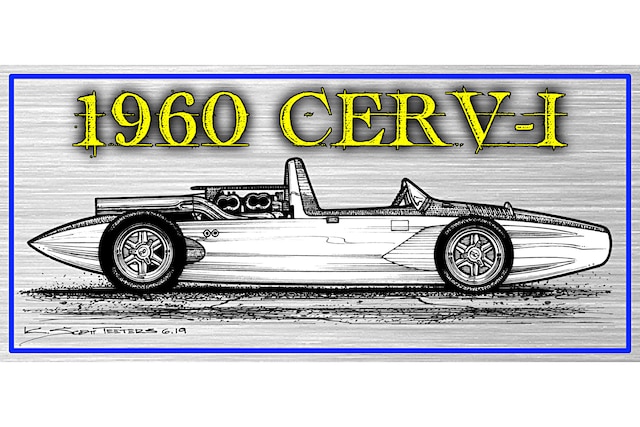 A new era of the mid-engine Corvette is upon us. Mid-engine cars have been around since 1900 and by the mid-1930s; the Porsche-designed Auto Union Grand Prix cars were considered the best in the world. As a young automotive engineer in the 1930s, Zora Arkus-Duntov understood the science behind the mid-engine layout. Duntov was likely already thinking about mid-engine cars when he went to work for GM in 1953. For the purpose of this review, we are looking at the known, photographically documented mid-engine cars associated with Chevrolet Engineering, Duntov, and Corvette.

Some claim that Duntov made over 30 mid-engine Corvettes. The design process can be arduous. First there are renderings followed by scale or full-size clay models. Most fall by the wayside, with a few made into functioning cars that the public got to see. And Duntov wasn't the only GM engineer that tinkered with the concept. Holden in Australia made the mid-engine Hurricane, but there was no Corvette in the concept. Closer to home, Chevrolet R&D engineer chief Frank Winchell produced several mid-engine cars associated with Corvette and worked very closely with "Mr. Chaparral", Jim Hall, Roger Penske, and Mark Donohue

CERV-I's open architecture made accessing engine, suspension, steering, and brakes easy. Over the years many wild engines, wheels and tire combinations were tried. Duntov ran the car at Pikes Peak and on the test track recorded a top speed of 206-mph. CERV-I accidently got away from GM's ownership years ago. In 2017 GM bought back the car for $1,320,000.

The Monza GT was the first of a series of Bill Mitchell / Larry Shinoda designs. Roots to the 1965-1966 Mako Shark-II are obvious. This was the beginning of the shape that would eventually become the iconic Shark Corvette shape that lives on today. A two-seater Corvair was considered but never made. Corvette would permanently be GM's performance sports car.

R&D chief Frank Winchell's argued that a V-8 could be attached to the Corvair's transaxle and oversized rear tires would compensate the rear weigh bias. Duntov disagreed. Shinoda already had a body for the concept that looked good. A prototype was built but was unstable at its limits and did excellent wheelies. XP-819 was one-step closer to the Mako Shark-II.

Winchell's proposal to build and sell 500 GS-II coupes with gull-wing doors went as far as Duntov's Grand Sports; nowhere. Working with Chaparral, the 1,450-pound car explored the use of an aluminum monocoque chassis and an automatic transmission. The C7 Z06 and ZR1 are available with an automatic and are a tick quicker than the manual transmission versions.

The Astro-I was an extreme version of the Monza GT. A modified Corvair engine was behind the driver. But the main features were the car's 35.5-inch height, lack of a rear window, use of a rearward periscope, and the entire rear section, including the seats, that lifted up to provide entry into the interior. The front end was Mako Shark-II flavored.

Duntov built two XP-882 engineering study chassis with a transverse 454 coupled to an Olds Toronado transaxle. When Chevrolet learned that Ford would be selling the DeTomaso Pantera, one of the chassis was given body and sent to the New York International Auto Show where it showed up everyone. Road & Track proclaimed the XP-882 as the 1973 Corvette.

To deliver Corvette-like performance, the more powerful four-rotor car was built using the XP-882 chassis. After Cole retired in September 1974 the entire Wankel effort was canceled due to emissions problems. Bill Mitchell tried to save the body design by having the drivetrain from the Reynolds Aluminum engineering study car installed in the four-rotor's chassis and renamed the car Aerovette.

XP-882 was an engineering study to explore an all-aluminum chassis and body. Steel is 2.5-times more dense than aluminum. The Reynolds 2036-T4 aluminum was spot-welded and bonded together. An exact duplicate was made with steel. The aluminum version was 450-pounds lighter. The concept was shelved due to extreme cost. Thirty-three years later, the C6 Z06 had an aluminum chassis.

We treat a small-block Chevy build to a host of modern upgrades to deliver LS reliability with old-school charm.