Newsletter
Sign Up today for our FREE Newsletter and get the latest articles and news delivered right to your inbox.
Home
Chevy High-Performance
Events

Optima’s Search for the Ultimate Street Car Starts Up Again 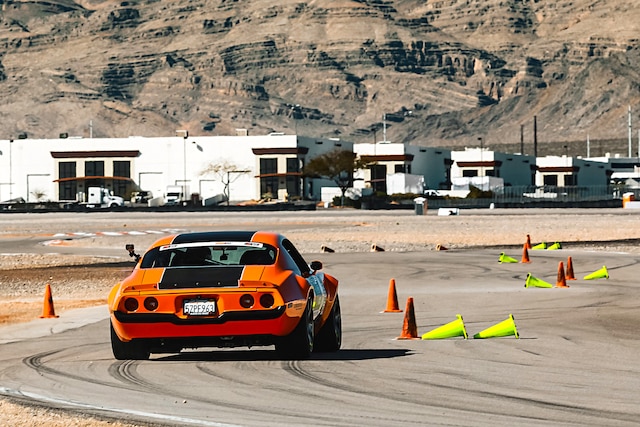 The off-season for Optima’s Search for the Ultimate Street Car presented by Advance Auto Parts seemed to fly by this year. We’re only midway through March and already competitors in the street car series are announcing their presence with authority in the first event of the year at Las Vegas Motor Speedway (LVMS). Defending OUSCI Champion Mike DuSold is getting one final chance to defend both the OUSCI crown as well as his regular-season Holley EFI GTL class title before his tube frame chassis Camaro is retired from competition.

DuSold picked up right where he left off, posting a 494-point performance out of 500 possible points. A competitor’s best three finishes in the series are combined for their season-long point total, so the race-within-the-race is to see how close you can get to 1,500 points, or a perfect season. DuSold’s 494 points is about as close as most of the top competitors have ever gotten and has already set a high bar for his fellow competitors. In fact, only DuSold and 2017 OUSCI champion Ken Thwaits scored higher than that last season.

Brian Hobaugh’s schedule gave him just one shot at qualifying for the OUSCI and he felt his 1973 Camaro was his best weapon to make it happen. Camaros ended up dominating the Classic Car Liquidators GTV class and Hobaugh’s Camaro was clearly the class of the field.

Perhaps most impressive about DuSold’s victory is that he did it while only capturing the top overall spot in one segment. Meanwhile, his toughest competitor in the series, Ken Thwaits, saw his 2006 Mitsubishi Evo stumble with engine issues. As the defending OUSCI champion, DuSold already had punched his ticket to the Invitational (held at LVMS after the SEMA show) before the season even began, and he’s only signed up to run one more event this season (NCM Motorsports Park). However, as the season unfolds, if it looks like he could make a run at repeating as regular-season champion, he has the luxury of the final regular season event being one state away from his home in Texas, at NOLA Motorsports Park.

In the Classic Car Liquidators GTV class for vintage iron, it was not only a Chevy sweep on the podium, but a Camaro sweep of the top five positions. Brian Hobaugh led the way in his iconic 1973 Camaro, which surprised some folks, given he had been a regular competitor in the Recaro GTS class the past few seasons in his C5 Corvette. However, Hobaugh explained his plans for 2019 didn’t offer many opportunities to qualify for the OUSCI, so in looking in his garage, he went with his second-gen Camaro, believing it had the best chance to earn an entry at a single event.

The GTE class for electric vehicles also had some surprises, as the factory-backed Hyundai team that had won the regular season title in each of the past two seasons was not signed up for any events. There is some speculation that their car was headed to the crusher and the replacement had not come online yet.

Mike DuSold’s 1967 Camaro won the Holley EFI GTL class championship and the OUSCI last season, which already secured his return invitation for 2019. However, he’s making one last go-round in his incredible first-gen, picking up the class win at Vegas in convincing fashion.

Whatever the case may be, Andy Fritts was more than willing to step in and fill the EV void with his 2018 Bolt. He topped Vernon Jolley’s 2015 Spark, and while both seem likely to secure invitations to the OUSCI, they’ll be squaring off against at least two Teslas later this year in pursuit of the regular season title.

The Optima Batteries GT class once again proved to be the largest and most hotly contested class. Defending GT Class Champion Eric Sheely moved into a Corvette and over to the Recaro GTS class at Las Vegas Motor Speedway, opening the door for his Sheely Collection teammate Wes Drelleshak to take home the GT class win in his 2018 Camaro.

The Sheely Collection has a lot of options, which can be a blessing and a curse, as points follow the driver/car combination. If the three drivers spread their points out among too many different cars, they may end up losing a points championship or missing out on a points invite. While Drelleshak seems likely to stay in the Camaro, Eric Sheely could move back to his Camaro, while his dad, Pat, who entered a recently acquired 1972 Corvette, could move to a Camaro, another Corvette, a Focus RS, or any number of other vehicles that might suit his fancy. Pat’s C3 is a proven performer that was previously built and campaigned by RideTech so it has the potential to either win its way in or earn a points entry, but it remains to be seen if he’ll stick with it to secure a spot.

A factory-backed Hyundai had dominated the GTE class for electric vehicles in the past two seasons but they’re a no-show so far in 2019. That opened the door for series veteran Andy Fritts to take home the class win in his first outing in his 2018 Bolt.

While there weren’t many significant rules changes in the off-season, there was one notable change in class structure. An Outlaw class has been added to the series, which opens up the competition to a wider range of vehicles and drivers. However, Outlaw entries are not eligible for the OUSCI title and will compete in their own separate points series, whereas the points in the other six classes are co-mingled.

All the Outlaw class vehicles must still be street legal and run approved 200+ treadwear tires, but the aero rules have been somewhat relaxed for them and driver eligibility allows for “hired guns,” or people who the series consider to be professional race car drivers. Their scores are also only based on the three timed segments on the track. Three entrants made up the initial Outlaw class at Las Vegas Motor Speedway, with Duke Langley’s Corvette capturing the win over the Corvettes of Rich Willhoff and Randal Wonnenberg.

The series now moves on to arguably the most iconic racetrack in North America ... Daytona International Speedway on April 12th and 13th. It’s a bucket list track just to visit for many race fans, but in this series, amateur drivers get turned loose on iconic tracks. That means street cars will once again be riding the high banks of Daytona in what promises to be an amazing event. Limited space is still available for competitors and it’s also a rare opportunity for fans to get into this facility for free! Whether you want to hit the high banks in your street car or watch someone else do it, head over to driveoptima.com to get all the details. CHP

The Optima GT class has a history of being one of the biggest and most competitive classes in the series, and that’s certainly shaping up to be true again in 2019. Wes Drelleshak’s 2018 Camaro topped nearly two-dozen competitors for the win on this weekend, but the battle for the championship has just begun.

Duke Langley’s 2002 Corvette took home the first-ever win in the Outlaw class. While these cars aren’t eligible for the OUSCI title, they are still street legal and street driven in the Lucas Oil Road Rally.

Jennifer Long was one of 14 rookies in the season opener. As such, she was eligible to get her entry fee refunded if she was the top finisher. While that didn’t happen for her, she did have a great time and we expect to see her back again soon.

Competitors in the series now get four minutes to present their cars in the Lingenfelter Design & Engineering Challenge. Pat Sheely made the most of his time, taking the top spot in the Classic Car Liquidators GTV class with his 1972 Stringray.

While the judges have their own opinions, the competitors vote on the Anderson Composites’ Competitor’s Choice Award for the most-coveted vehicle in the field. On this weekend, it was Randal Wonnenberg’s C6 that they wished would follow them home.

Carrie Willhoff was one of several competitors who changed classes from last season, while still running the same car. In her case, it was a matter of dropping enough weight out of her 2010 Corvette to get into the GTL class. Since her husband, Rich, moved over to the Outlaw class, that meant that they didn’t have to worry about competing against each other for points or positions.

As much as Corvettes fill up the Holley EFI GTL and Recaro GTS classes, Camaros seem to do the same in the Classic Car Liquidators GTV class for pre-1990 vehicles. One of the exceptions in Las Vegas was Alan Miller’s 1970 Chevelle. Miller ran another Chevelle in the series in the past, but recently completed building this car, which posted a top 10 finish.

This 1970 Camaro features all the modern amenities of a Z06 Corvette with more style, performance, and flare. The FN Camaro earned its nickname the hard way

» Read More
In the real world, enough power is often quite a bit less than you actually want

In the quest for more performance and more power we can often make our Chevys less fun to drive on the street. Balancing driveability and performance is key

We upgrade the cooling system in our big-block–powered 1967 Camaro using a Frostbite aluminum radiator, dual SPAL electric fans, and a Weiand water pump.

This month’s Bowtie Keepers features two first-gen Camaros with polar opposite styles, one a rare original and one a Pro Tourer.

Bryan Everett has had his share of hot Chevy rides over the years, but he felt the time was right to revamp a brand-new Gen 6 Camaro!